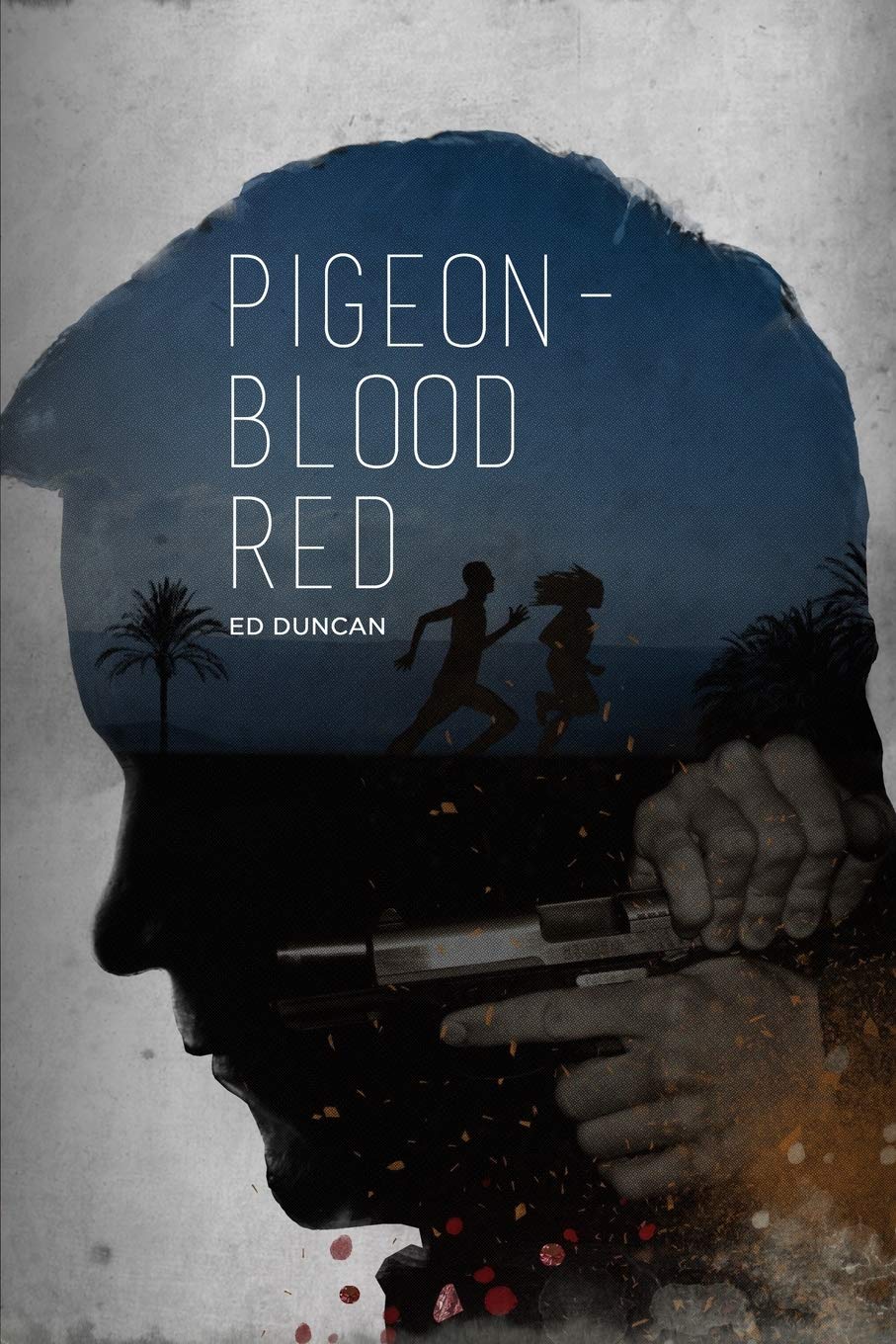 Perry Brumfield unzipped his pants as he entered the bedroom and strode confidently toward the queen size bed.

He was in his early thirties with neatly trimmed hair that didn't quite cover the top of his ears. He was dressed in a black three-piecepinstripe suit with a yellow polka dot tie, and he wore black wingtip shoes that were so highly buffed you could almost see your face in them.

"Hey, I need the money up front," Jean said, standing in the doorway behind him, her right hand on her hip and her left handoutstretched, palm up. She wore a short green, figure-hugging skirt with matching high heels and a white silk blouse. Her flowing red hairdescended well below her shoulders.

He hesitated and turned toward her. He had had a few drinks and for the first time that evening, it started to show, or maybe she hadn'tbeen paying close enough attention until now. She usually took clients she didn't know to hotel rooms, and she had initially balked atletting him come to her apartment, which was reserved for men she could trust (insofar as that was ever completely possible). But her girlfriendhad vouched for this man and she had relented.

"What if I don't feel like it?" he asked, smiling broadly.

Maybe he's just playing around, Jean thought. He seemed harmless enough and, based on what her friend had told her, coupled withthe way he dressed, money was clearly not something he had to worry about. "I'm sorry, sweetie," she said, smiling back at him,"but those are the house rules."

His smile evaporated and turned into an angry snarl. "I said I don't feel like it."

"Shit," Jean said under her breath.

"Nothing ... Listen, what do you say we hit the bar again, have another drink and talk this over? How does that sound, huh?"

"Don't you have anything here?"

The smile reappeared. "All right," he said, zipping his pants up and moving toward her. "I guess I could use anotherone."

Jean exhaled slowly. This was an occupational hazard she could not completely escape no matter how careful she was and, truth be told, nomatter where she was. Still, she had dodged a bullet. She would get this creep to the bar down the street and dump him. Then shewould give her girlfriend a piece of her mind for getting her into this mess.

She started toward the front door, picking up her purse from the coffee table on the way. Still smiling, Brumfield joined her and put his armaround her shoulder as they approached the door. When she opened it, though, he kicked it shut and shoved her against it, back first. His lefthand clutched her throat. Not enough to impede her breathing but more than enough to pin her to the door.

His face twisted into an ugly scowl. "You don't listen too good, do you? Now I don't feel like payin' at all."

This wasn't the same man she'd met at the bar earlier that evening. That man was the one her friend had described, a successfulsalesman in a three-piece suit who would never say "you don't listen too good." And it wasn't just the liquor. He literallywas not the man he'd pretended to be, and although her customers often weren't, she could almost always tell. But not this time.

Suddenly, his scowl melted into a smile once again. Plainly, he was enjoying himself. At first Jean sneered at him, a natural reaction. Then her instincts kicked in and she smiled back. His own smile broadened. Her eyes found his and locked on them. Intrigued, he loosened hisgrip on her neck ever so slightly.

Still smiling and careful not to telegraph anything to him, Jean twisted her body sideways and drove one of her high heels into the top of hisfoot. He winced, groaned loudly, and fell to the floor, grasping his wounded foot with both hands. Still facing sideways, she swung her purseat his head like she was delivering a backhand in a tennis match. He dodged it just in time and the purse flew across the room, spilling itscontents as it hit the wall. She turned toward the door and a half step brought her close enough to reach for the door knob. As her handgrasped it, Brumfield grabbed her ankle and pulled her to the floor.

"Bitch!" he growled as he pinned her arms to the floor beside her and pulled himself on top of her abdomen, propping himself up onhis knees with his legs straddling her. "I oughta kill you for that," he bellowed and punched her full in the face.

She turned away from him and brought a hand to her throbbing cheek. He reached behind him and slid his hand under her skirt. She twisted andsquirmed under his weight and he punched her again on the other side of her face. Groping for her panties, he found the top elastic band andpulled hard. It snapped like a thin rubber band. Then he ripped her blouse apart, scattering buttons that pinged and skipped across thehardwood floor, as he forced her bra down, exposing the nipples of her breasts. Leering at them, he hesitated.

In that instant Jean contemplated going limp and yielding. For a fee -- a good one; her services weren't cheap -- she would havewillingly had sex with him a few minutes earlier. That was true despite his deception. Was it worth the beating she was taking -- might yettake or worse -- to force him to live up to his end of the bargain? But was sex all he wanted? He was going to rape her, but would it endthere?

"No!" she wailed and with her free hand plunged her nails into the side of his face, leaving deep, bloody tracks where they pierced te skin.

"Goddammit!" he yelled, reaching for his face with one hand and then punching her once more with the other. She blanched and criedout.

Abandoning his plan to rape her, Brumfield now flew into a rage and, grasping her neck with both hands, began to strangle her. She stompedher feet on the floor and grabbed his wrists, frantically trying to loosen his grip. She gasped for air, started to choke, and felt herselfslowly descending into unconsciousness.

Her descent was arrested by knocking on her door and a voice from the hall. "Jean, are you all right?"

It was her elderly neighbor Gabriel Koblentz, who was about to enter his apartment across the hall when he heard the commotion inside hers. Suspecting the worst and getting no answer, he pressed his ear against the door and knocked again. "Jean, Jean, are you okay?"

Brumfield cocked his head toward the door and covered Jean's mouth with his hand. She managed to loosen his grip enough to reach one ofhis fingers with her teeth. She bit hard until she tasted blood. He yanked his hand away and shook it vigorously, but the only sound he madewas a muffled groan.

In a voice just loud enough to reach the other side of the door, Jean whimpered, "Help ... He's killing---"

Brumfield turned back to her, lifted her head in both hands and slammed it against the hardwood floor. By now she was so spent she couldhardly manage a sound. Brumfield scrambled to his feet and, favoring his injured instep, limped the few steps that separated him from the door. When he opened it, he saw only the door to Koblentz's apartment slamming shut. He looked back at Jean lying motionless on the floor and, notbothering to close the door, hobbled to the end of the hall, down three flights of stairs, and out of the building.

From inside his apartment, with his ear pressed against the door, Koblentz listened intently until he heard Brumfield's footsteps fade inthe distance. Then he opened his door enough to stick his head out and inspect the hall in both directions. Seeing no one, he hurried toJean's apartment. She heard him come in the open door and close and lock it behind him. She pulled her skirt down, closed her torn blouseas best she could and turned her battered face to him.

Brumfield's first punch had landed flush against her left cheek and eye, and the second and third had landed squarely against her rightcheek. The result was that her left eye was already swollen and nearly closed, and the color of her rapidly swelling cheeks was somewherebetween dark crimson and light purple.

"Did you call the police?" Jean whispered.

"Then at least let me call an ambulance," Koblentz said, stunned at the sight of her.

He knelt beside her and, as gently as a mother holding her newborn child for the first time, he cradled her head in his arms. She looked sopitiful and helpless that he couldn't bring himself to argue with her. "What do you want me to do?" he asked, his voice cracking.

"Call a friend of mine and if you don't mind, wait until he gets here."

"Don't you worry. I'm not going anywhere." He stood. "I'm getting something for your face while we wait." He rested her head on the floor. Then he fetched a throw pillow from the sofa, placed it under her head, and went to the bathroom. A momentlater he returned with two wet towels which he placed on either side of her face. "That better?"

He took his cell out of his pocket. "Now give me the number for this friend of yours." She told him and he punched the numbersin. "And what's the name?"

In a voice that was barely audible she said, "Rico" and passed out.