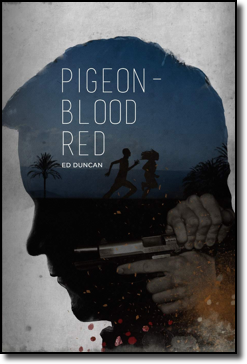 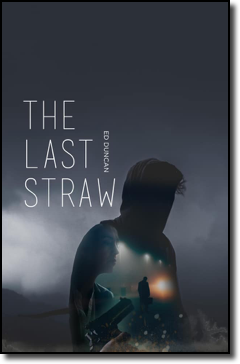 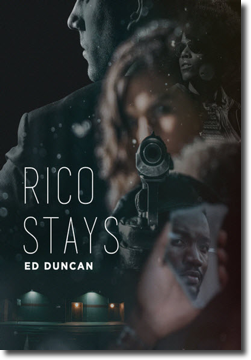 Each installment in this edge-of-the-seat trilogy depicts a different violent encounter between two men from different sides of the tracks, Paul Elliott, a black lawyer, and Richard "Rico" Sanders, a killer with a conscience.  The two men seemingly have nothing in common but each secretly harbors a grudging admiration for the other.

The plots of the three novels serve as devices to bring the men together in ways neither could have anticipated, obliging them to join forces in an uneasy alliance against a common foe.

In Pigeon-Blood Red a loan shark tasksRico with recovering a priceless "pigeon-blood red" ruby necklace and at the same time sending a message to the thieves.  Trouble is, the neckless falls into the hands of Paul's girlfriend Evelyn, and Rico mistakenly believes she is one of the thieves.

In The Last Straw Paul and Evelyn shelter a teenage girl, a witness to a carjacking gone bad, from a hit man dispatched by a crime boss with no apparent motive.  There is bad blood between Rico and the hit man, who, believing Paul and Rico to be friends, sets out to eliminate both of them.

In Rico Stays, after Rico is grievously wounded in a gun battle, his girlfriend Jean convinces Paul to let him hide out in Paul's cabin while he recuperates.  Using Jean as bait, gunmen seeking revenge come for Rico.  The question becomes whether he will face them alone or with help from Paul.